Home › News › A new Copyright Legislation for Europe. How will this impact Open Access? 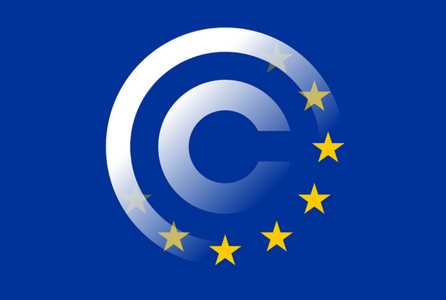 A new Copyright Legislation for Europe. How will this impact Open Access?

On March 26, the European Parliament adopted the Directive on Copyright in the Digital Single Market, after several years of development and negotiations marked by intense lobbying from all sides. With a final agreement little more than a formality, this new legislation is poised to impact the research community and change the environment around open science.

A much-needed update in the digital age

The digital age has transformed the environment in which researchers produce and share knowledge. At risk of becoming irrelevant, European copyright rules were due an update. This is necessary to bring them up to speed in the face of technological advancements, and to offer an adequate regulatory framework that encourages creation and innovation while preserving freedom of expression and fostering research, education, as well as access to information and cultural heritage.

SPARC Europe welcomes many of the new measures in the Copyright Directive that representatives of education, research and cultural heritage institutions have worked hard to achieve over the last many months – and we have actively supported them. They will positively impact Europe’s library, education and research community.

However, SPARC Europe remains apprehensive with regard to Article 11 and 13, despite the important safeguards gained within those two contentious provisions, owing to SPARC Europe’s dedicated lobbying efforts. SPARC Europe had asked MEPs to vote for the Directive but had called for the deletion of Article 11 and 13, to no avail. In fact, a separate vote on those was missed by a margin of only five votes, and would have indeed been held, had it not been for a handful of MEPs unintentionally pressing the wrong button when they voted (no joke). As no after-the-fact corrections are allowed, the error affected the final result.

Thanks to SPARC Europe relentlessly pushing to preserve the interests of Europe’s research community, academic and scientific publications are excluded from the scope of Article 11.

Article 11(1) excludes “private or non-commercial uses of press publications carried out by individual users.” This is positive for individual researchers, although the exemption does not explicitly cover uses carried out by education, research and cultural heritage institutions, which we had requested in order to safeguard seamless access to information. The consequences on research are hard to foresee, as private and non-commercial uses are yet to be given a clear interpretation, but this is likely to result in a hurdle in access and sharing of press publications online.

Article 13 amends the liability of online content sharing service providers (major internet platforms such as YouTube, Facebook, Instagram, but also many others) for user-generated content into a shared responsibility of rights holders and service providers. Under this new legislation, information society service providers have the obligation to ensure that all copyrighted content is licensed before it is uploaded. In practice, technology platforms have to sign licensing agreements with musicians, authors and news publishers in order to be allowed to post their copyright works online. At the same time, it forces platforms to implement proactive filtering of content uploaded by users in order to remove infringing material.

Fortunately, after continued lobbying efforts, SPARC Europe managed to ensure that not-for-profit scientific and educational repositories are exempt from the definition of “online content sharing service providers” and therefore of the scope of Article 13. But the many other platforms used by researchers will have to abide by the new, highly coercive rules.

Generally, Article 13 creates a costly and burdensome liability regime and risks hindering digital innovation and user participation. The overall effect on the sharing and reuse of content is concerning. Given the vast amount of content online, automated scanning and excluding of content will be patchy at best and risks running counter to the principle of freedom of expression embedded in the copyright system. Indeed, many dread that “filtering” will be unable to spot legitimate uses of works, such as quotation, parody or criticism.

The Directive, after being voted on by the Council (which will in all likelihood be a formality) needs to be implemented into the national law of each Member State within two years. With a lot of room for interpretation in the language of the Directive, Member States have an opportunity to develop national legislation that will be adapted to their particular circumstances. Major challenges are likely to be addressed before the courts.

SPARC Europe stands ready to support the research community in understanding the changes the new Directive brings and to pursue lobbying efforts at the national level to ensure that Open Access and Open Science continue to thrive.