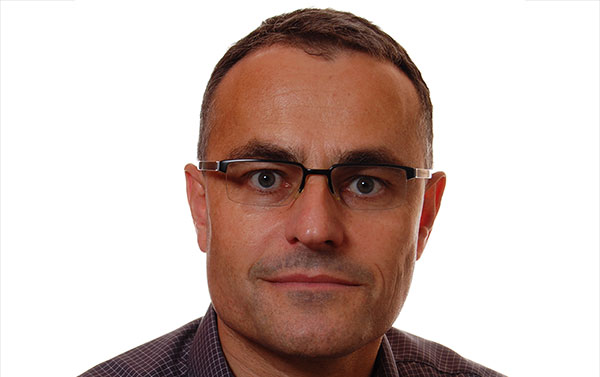 He claims, among other things, that there are sufficient resources in the current publishing system to make the shift to OA financially viable. It makes for compelling reading.

We also invited several experts from the international scholarly communications community to comment on his paper to stimulate discussion.

Excerpt: In the years since the founding of the Berlin Declaration of 2003 there has been significant – albeit sometimes difficult – progress towards establishing Open Access (OA) as the fundamental principle of academic publishing. This paper gives an overview of the current state of affairs from a position of optimism about OA’s prospects.

During the past year or so there has been a torrent of significant new contributions to the OA debate. A basic building-block that has become a reference document for the OA movement is the white paper published by the Max Planck Digital Library (MPDL) in the spring of 2015. By collating and analysing ten years’ worth of publishing data from all over the world, and paying particular attention to the issue of corresponding author share, MPDL has been able to combine hard data with reassurance by demonstrating that there are sufficient resources in the current publishing system to make the shift to OA financially viable.

Please note that we advise you read the entire article first before reading the comments below.

Comments from the community:

“I agree with many of the observations of Ralf Schimmer in his opinion piece. However, there is one important aspect underpinning his argumentation, on which I have a slightly different take. It seems to me that in much of the debate over OA during the past two decades, two separate goals have been mixed in a somewhat unfortunate way: making the scholarly journal literature OA, and keeping the monetary cost of the publication process to the authors and their institutions down. To me, the OA is the paramount goal, not the cost aspect. The strong current emphasis on what the correct level of APCs should be can be seen against this background. One should, however, bear in mind that even if universities and their funders would pay the same amount for a 100 % APC-funded gold OA as currently for subscriptions, we would be far better off than currently in the broader cost and benefit picture.

Rather than through large-scale co-ordinated efforts from universities, the EU etc., I suspect the strongest change drivers currently are the sort of ‘big deal +’ agreements that in particular Springer is making with whole countries. In such agreements, hybrid journal articles of corresponding authors from a particular country are automatically OA, with little red tape and no extra cost for the authors, e.g. in Sweden. If these proliferate to other countries and publishers, they will in due course result in a peaceful conversion of the existing journals to OA via hybrid. It would also help to keep the prices of such deals reasonable if the national consortia would be able to make the details available and not hidden behind non-disclosure agreements, as is currently usually the case with the big e-licenses.”

“Jisc is a signatory to the OA2020 Expression of Interest and is currently participating in a range of initiatives and agreements concerned with the transition to Open Access of both journals and monographs via the pure gold, hybrid and green OA routes. As such, we see the opportunities arising from the MPDL paper and, by both inclination and design, would wish to see the transition it describes succeed. Rightly it acknowledges the challenges facing the current model and the importance of author behaviour, not to mention a pragmatic grounding in existing practice.

In that context and in the hope of contributing to the discussion on how OA2020 could work as effectively as possible, we would like to describe some of the challenges that will need to be addressed if this is to become a reality.

The first, and for me most difficult to overcome, is the issue of cost allocation as one moves from a system based on subscriptions to one based on payment of APCs by research-producing institutions and individuals. Under an APC-based model, research-intensive institutions will pay more than they do on subscriptions. It is possible that even if the overall expenditure reduced, the cost to some individual institutions would increase by substantial amounts. In order for such a system to work, either research-intensive institutions need and are able to accept the impact on their budgets, or new mechanisms for the allocation of costs across institutions need to be agreed and implemented. Experience suggests that agreeing to such cost reallocation is extremely unpalatable and extremely difficult to achieve within a country, let alone across a number of countries at the same time, and that such transfers introduce a number of complicating dependencies between institutions. At the very least, one might expect activity to move away from historical print spend as the basis of current expenditure as a necessary precursor to other cost allocation efforts.

The second challenge revolves around the use of offsetting, discounted and flipped models to achieve such transitions. Whilst there are some examples of such models providing an extremely practical and efficient means of switching payments from subscriptions to APCs across an entire consortium, there is also some evidence that when a publisher has had a historically low level of subscription income, but been successful in attracting article submissions, moving to an APC-based model can increase the costs. This is not to argue that the relevant publisher doesn’t warrant the additional expenditure, rather to acknowledge that unless expenditure is simultaneously decreasing elsewhere, one has a financial challenge.

Finally, in light of the challenges outlined above, it is important to query whether an APC-based model is really the model for OA that we should be aiming for. It is no doubt appropriate in some subject areas, or for some countries at certain points, but it does not seem well-suited, for example, to the arts, humanities and social sciences. Furthermore, the reality of ever-increasing volumes of global research output suggests that an APC model, unless accompanied by constantly falling costs at the level of individual APCs, might be subject to the same inflationary pressures that have been witnessed in the subscription market place, but with the impact concentrated on a smaller number of institutions and/or countries.”

“It was with great interest that I read Ralf Schimmer’s opinion piece about the economic viability of a large-scale transition to Open Access. Although I am more sceptical than Dr Schimmer about the role that offsetting deals can play in helping to transition towards a competitive and transparent OA publishing future, I believe he makes a strong case for the availability of sufficient funds within the current system to support a fully Open Access publishing ecosystem.

The real question as I see it is how this transition will happen, and whether it will be done in a way that promotes competitiveness, transparency and value for the scholarly community.”

“Schimmer naively relies on the assumption that APCs will be affordable. APCs cause individual authors to interface with large conglomerates; the resulting unequal power transactions surely will result in a reigniton of rapid inflation in the cost of scholarly communications. It is far better to leave libraries and research institutes confronting large publishers with countervailing market power that moderates price inflation.

The ultimate goal of eliminating reader and author tolls is where we must go. Bringing the whole of scholarly communications back into the control of scholars/researchers where cost can be controlled is the ideal solution and that end is attainable if we focus our attention and efforts. “Flipping” journals from subscriptions to APCs is a diversion that would add cost and not lead toward attainment of the goal of full control.”

“Ralf Schimmer’s opinion piece calls for an international coalition to coalesce and commit to the ‘transformation to OA and develop a transition plan’. This he puts forward after reminding us of the work carried out by the Max Planck Digital Library that assures us that there are sufficient resources in the system to ‘flip’ from the current subscription-based system to a fully Open Access world for journals. The arithmetic is compelling, and the world that is envisaged would definitely be a better place. Unfortunately there is little consensus on how we get there. The new national ‘offset’ arrangements are seen as transitory, and aim to reduce spend on a country-by-country basis. These have been hard-won gains but, if we are not careful, what began as transitional may end up staying in place for a long time and privileging only those countries with the strongest negotiating muscle.

At the same time, there are other conversations under way. The increasing antipathy to APCs on grounds of publisher profiteering threatens to cloud the discussion that requires transparent measurements of publishing costs, and clarity of where responsibility for paying these costs should rest. The real motivator behind change may end up being the wake-up call from Sci-Hub. If publishers want to reduce their exposure to piracy, then what better way than to switch to an OA service model where payment is secure at or even before publication. But as risk is reduced, so too is profit, usually. Will the commercial companies of today transition into becoming service companies with lower profit margins? I’m not sure where the carrot for this change would come from. Whatever happens next, the focus should be to ensure a transition that serves the needs of researchers and their students without the kind of long-term quagmire of unintended consequences such as those my country is experiencing in its decision to Brexit.”