New SPARC Europe Board Members for 2018 speak about their priorities 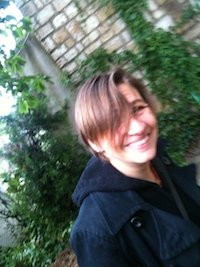 The ongoing evolution of scholarly communications has given rise to a number of changes and issues affecting the higher education and research communities: funders are requiring more open access to publications and data; publishers’ policies regarding openness are still complex; copyright issues are getting trickier; visibility is a concern for the researcher as well as for the institution; and reproducibility of science needs to be improved.

French academic libraries are organizing themselves to provide answers to their communities on these subjects, building on the two main assets at their disposal: a centrally-run open repository, allowing the institutions to focus on the promotion of open access and on the guidance of the research communities, and a recent “law for a digital republic”, which creates a new right for the researchers – the right to post his or her work in a repository. They share their experiences and best practices within the consortially-lead Couperin Open Access working group ; I’m honoured to connect them with a wider network of experts as a member of the SPARC Europe Board. 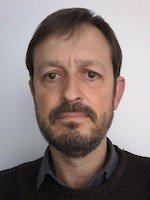 In a couple of years we will reach a key year: 2020. That date is set by many stakeholders as the point where open access will be the prominent way of disseminating research results, but we are still far from achieving this, in my opinion. There is a lot to do in the next two years if we are really committed to making this ultimate change in scholarly communications.

It is not a question of altering the publication landscape, but rather a question of adapting mindsets. We will never achieve full open access if we don’t modify each step of the research cycle to align with open science principles. Probably the most important changes we would need to see in the next years would be in the area of rewarding and assessing research. Currently many researchers are disseminating their results in many formats: text, data, code, methodologies, and all interlinked. There is a need to take this diversity and complexity into account when assessment and reward models are designed and updated. Moreover, researchers involved in engaging citizens in research must also be acknowledged for the societal impact they achieve.

I think we are in a period of change and in the following years we will have to work hard at all levels. I have been advocating for openness from my institution, Universitat de Barcelona, for almost two decades, and now I am very proud to join the SPARC Europe Board hoping to work together with an international network eager to make open the default. 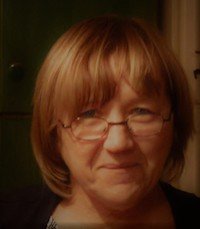 From the very beginning, my professional work has been associated with the promotion of Open Access and Open Science. As a research librarian with an MSc in physics with a somewhat different way of thinking, I have had one main goal, that was to organise data on research in Croatia and to make it open and transparent. From 1994 I have been involved in the creation and development of different scholarly information systems in Croatia: the network of academic and research libraries, the first national current research bibliography with OA repository functionalities, the database on Croatian researchers, the repository of OA journals, the database on scientific equipment, national infrastructure for institutional OA repositories, etc. Later on, I decided to move to academia and educate future librarians and information specialists. At the same time, I remain an active promoter of Open Science.

For a small country with low investments in research and limited support for the Open Science agenda, it is important to be involved in European initiatives and to collaborate with a broader community which shares same ideas of openness, research integrity, and improved research evaluation. Since 2013 we have been partners and collaborators in the OpenAIRE project. As a successful international network OpenAIRE continuously helps to develop the Open Science infrastructure: OA repositories for the publications and research data, as well as different services providing support for researchers, research administration, funders, policy makers, librarians, and other stakeholders in the process of scholarly communication.

I am honoured to become a member of SPARC Europe’s Board of Directors and I will contribute to SPARC Europe goals, vision, and mission. Inspired by SPARC Europe colleagues I will obtain further support for the creation of Open Science national policies and regulations. My big wish is also to contribute to the advancement of scholarly communication, in line with the development of the latest technologies available, at local and European levels 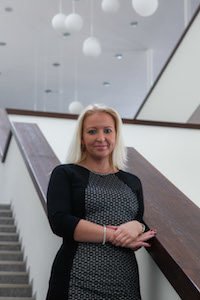 European policy of Open Access to scientific research is now one of the key issues discussed in public debates on the future development of scientific communication. Open Access helps give equal access to knowledge and stimulates innovation, and in doing so has an important role in creating a modern information society and economic growth.

At Gdańsk University of Technology (GUT), we take into consideration and implement the national OA policy, established two years ago, as well as theEuropean Union policy requirements. Since November 2016, GUT has been implementing a project called Multidisciplinary Open System Transferring Knowledge (MOST). According to project assumptions, all scientific publications written by the employees, as well as some publications written by PhD students and degree students of Gdańsk University of Technology are going to be deposited in the MOST Wiedzy Repository.

We are also  becoming active in the field of Open Research Data, supporting researchers inOpen Science through the competence center located in the GUT Library. As the GUT Library director and the Rector’s representative for Open Science, I workto build awareness about the principles of openness and its benefits in the scientific and librarian community.

I am currently a member of Research Data Alliance and CESAER Task Force Open Science as well as a member of IATUL Board of Directors.

As a SPARC Europe Board member I would like to disseminate knowledge about Open Science in Poland and Central-Eastern Europe. I would also like to expand knowledge about SPARC Europe’s activities and mission among libraries and institutions in Poland and the region, as well as act to gain new SPARC members in this part of Europe to work together to make open the default.