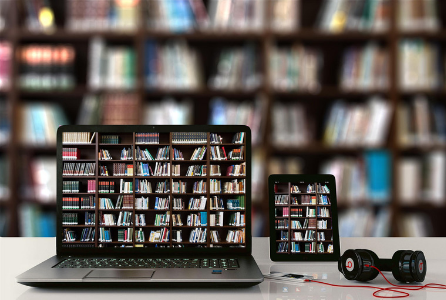 Foundational planning is currently underway for the formation of an Open Access Book Network. Development of this network was the topic of a recent ELPUB 2019 Conference panel session led by Eelco Ferwerda from OAPEN,  with the University of Cambridge’s Rupert Gatti, Pierre Mounier of OPERAS, Andrea Bertino of SUB Goettingen, and SPARC Europe Director Vanessa Proudman.

The original idea for the network was born in Autumn 2018 during an OA books event hosted by Knowledge Exchange in Brussels as a follow-up of the landscape study published earlier. Proudman initiated the concept to establish a sustainable knowledge network in Europe to accelerate the innovation of the OA book publishing industry, a network that is inclusive of all of Europe and that shares lessons learnt from all parts of the continent.

“We were imagining a European network that would serve the OA books community, providing a means to coordinate initiatives among countries and enabling innovation and more rapid progress with OA books,” said Proudman. “For instance, intelligence on issues such funder OA book policies, knowledge on OA book usage or business models and practices that don’t follow the BPC model. With such a network, we could more sustainably feed an OA book watch or OA policy watch that monitors developments in specific areas and provides recommendations for further development to the OA community and its funders.”

This initial ideation was followed by a December 2018 meeting in Amsterdam where the needs and goals of such a network were addressed.  The purpose of this month’s ELPUB session was to float the concept with the broader OA book community – and to gauge their reaction.

The ELPUB Conference panel and audience dove into issues including potential challenges, who, specifically, the network would serve; approaches for launching such a network and funding.

Among the challenges discussed was the fact that numerous Open Science networks, including the Open Scholarly Publishers Association (OASPA), Association of University Presses (AUP), OPERAS, Research Data Alliance (RDA), or OpenAIRE, already exist; and the importance of not duplicating efforts was emphasised. The point was also raised that organisers could learn from these on how to manage this new OA Book Network.

Early stage initiators of the network are still grappling with the question of who, exactly, the network will serve. Organisations involved in academic book publishing — universities, libraries, funders and policy-maker — have been identified, along with commercial publishers, or representative associations, with pro-Open practices. And these are very different audiences: individuals vs organisations.

Aside from the afore-mentioned goals, in terms of the mission of the European network, it could enable capacity building of OA books across all European countries while also helping influence policy-makers, and serve as a forum for sharing good practices as well as challenges. Also discussed: if the network should serve other new projects and initiatives, and individuals with new ideas, for new services, for instance, to test concepts in the OA book ecosystem.

There is also the issue of geographical scope to consider: is it advisable to limit scope to Europe for reasons of culture, funding, open science policies and practice, while at the same time remaining open to knowledge sharing from outside of Europe. Participants of the session from outside Europe also expressed their interest in such a network. One proposed path was to make the formulation of the network concept an international affair and later develop regional networks that are, in turn, networked, e.g. in Europe, Canada, Australia, US.

Multiple paths have been identified as potential means to establish the groundwork for the Network: using the EC’s Mutual Learning Exercise (MLE) methodology; conducting a landscape overview of the status of OA books across Europe to identify gaps and trends and then, pinpointing key topics; beginning with a lightweight coalition and first collectively developing principles and standards; or forming the network based on a common challenge, or multiple challenges faced by OA book publishers with Plan S and cOAlition S (at the same time with concerns in the audience that most books are not currently funded by cOAlition S).

As for funding a European network, it could be derived from the European Commission, for instance, through a CSA; or, it could be built into other EU projects. A network membership fee is yet another option, with more business models still to be explored since it is important to think about the financial sustainability of such a network right from the start said Proudman.

The audience at the ELPUB session was asked to share with the group their relevant projects which led to multiple new ideas being introduced for consideration in ongoing discussions around Network planning: the creation of a board within the network to facilitate matchmaking between experts / initiatives and policies, an OA book watch, how the network might help drive down the cost of OA books and facilitate alternative business models to BPCs, a policy development book watch; the creation of a test bed for new tools and services, and the development of a service that would collect book reviews to help gauge the resonance and quality of a book.

Continuing conversations are being led by Proudman, Mounier, Gatti and Ferwerda to explore how to take this forward. This feedback from the community will feed into considerations on planning a meeting to flesh more of the above out before establishing it.

In the meantime, the community members interested in joining the conversation online are invited to join our devoted Slack channel. Please email your interest in being added to info@sparceurope.org and we will gladly bring you into the conversation.