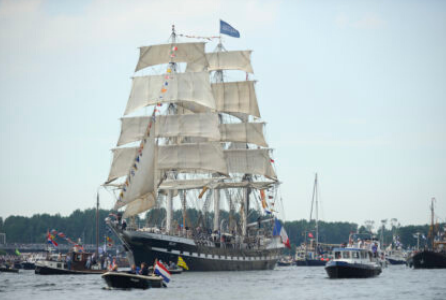 SCOSS reached another major milestone this week with the announcement by France’s Ministry of Higher Education, Research and Innovation that The French Open Science Committee has decided to grant €450,000 to OpenCitations, the Public Knowledge Project (PKP) and the Directory of Open Access Books (DOAB). The largest portion of the pledge, €250,000, is being granted to OpenCitations over a three-year period while €75,000 is being directed to PKP and €125,000 to DOAB. This is the largest single financial contribution to date and brings the sum of funds raised via SCOSS over the past two years to more than €2 million.

The SCOSS Board is thrilled with this latest investment as it represents clear recognition by the French Government and the Open Science community in France of the importance of Open Infrastructure within the research and education landscape. And it comes at a critical time as open access to scientific, health and education information has never been more important.

“This commitment is more evidence of the global academic community’s recognition of the importance of securing these services and of SCOSS as a viable means to accomplish this,” said Vanessa Proudman, Director of SPARC Europe and member of the SCOSS Board. “We believe this will encourage other comparable bodies and institutions to commit to moving forward.”

This contribution from France is the first to SCOSS’s second funding cycle, and to the four vetted services selected for this round.

“We are delighted, through this investment, to be indicating a clear path for the global academic community to support the pillars of Open Science. Our contribution to SCOSS is part of a larger strategy which was defined in July 2018 by the Minister of Higher Education, Research and Innovation, Frédérique Vidal, through the National Open Science Plan,” said Bernard Larrouturou, Director General for Research and Innovation, and Chair of the French Open Science Committee.

SCOSS was formed in early 2017 with the purpose of providing a new co-ordinated cost-sharing framework for enabling the broader OA and OS community to support the non-commercial services on which it depends. To date, more than 200 institutions from throughout the world have pledged greater than €2 million to DOAJ and SHERPA/RoMEO, OpenCitations, PKP, DOAB and OAPEN.

“While this latest contribution is incredibly positive, the scope of this undertaking – securing our Open infrastructure – requires many others to follow in their footsteps,” said Proudman.

For more information on SCOSS, including details regarding the funding structure, and how your institution can help support our vital Open Infrastructure, visit www.scoss.org.