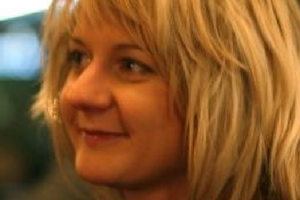 At University of Cambridge, an Open Data champions programme flourishes

Data management policies are on the rise in Europe. But the general consensus among those immersed in the Open Data (OD) movement is that ensuring their ultimate success requires cultural change from within the many institutions where research data is being created.

SPARC Europe has been working to encourage this shift in culture through its “open” champions programme that highlights those who are advocating for – and exemplifying – such change within their research communities. The first of SPARC Europe’s Open Data Champions will be announced later this year; the programme was modelled largely after the organisation’s Open Access Champions initiative.

While exploring for OD Champions candidates, SPARC Europe was inspired by the University of Cambridge’s work to advance open data practices through peer to peer academic engagement.  Seven months ago, the University launched its Research Data Champions Program, led by Rosie Higman and overseen by Dr. Marta Teperek. Teperek recently spoke with SPARC Europe, sharing details and insights into the Cambridge program that is currently comprised of 40 active Champions from across the University’s 130 departments and institutes. While the program launched in late 2016, Teperek notes that she and her colleagues began laying the groundwork for it months before, in early 2015, soon after she was employed as the Research Data Facility Manager, the University’s first.

“When I started, there were almost no services to support research data management,” said Teperek, who, having worked as a researcher in life sciences, was already an avid believer in the open science movement, and was keen on seeing it grow.

“I knew that, if we were to fully succeed in building an open data program at Cambridge, we would need the support of researchers.” With this in mind, Teperek began the foundational work of building an engaged research data community of researchers, as well as students, librarians, IT and data managers at Cambridge.

In collaboration with other colleagues, she devised a workshop — a kind of primer on the benefits of good data practices applicable from the moment data is created until the time they’re shared — and began inviting the University’s researchers to take part. Attendance grew.  Demand swelled as well, to a point beyond what two people could meet. She and her colleagues realized that what the University needed was a corps of open data advocates.

The idea for the Research Data Champions Program was born.

The central concept of the program was to build a network of Research Data Champions — advocates — by recruiting and training early career researchers, students, librarians, IT and Data Managers from across the University’s many departments and disciplines.

To initiate the program, an open call was announced. The response far exceeded Teperek and her department’s expectations. “We anticipated receiving around 10 applicants; but we received 40; a wide-variety of researchers from a range of academic disciplines,” she said.

She attributes the strong interest, in part, to the opportunity for personal career growth the role presented.

“We named a number of “core benefits” in the call,” said Teperek. “The opportunity to build a broader network as well as leadership, workshop and presentation skills; and the opportunity to be recognized and profiled as a Data Champion on the University’s website.”

In feedback the team has gathered from the champions, they have heard time and again how valuable is this network that the participants — many of which as researchers are often siloed in their work — have been able to build, outside of their own departments and working groups.

In return, the University asks that the Champions fulfill a defined set of compulsory obligations:

One of the biggest challenges Teperek says they have faced is the ongoing task of replenishing their pool of Champions. As the program has focused largely on early career researchers, many of them are PhDs and postdocs in temporary positions, and they eventually move on from the University. But before they depart, a final request is made by the Research Data Management Team: to nominate someone else in their department to take their place so that the program retains a presence there.

“Building and maintaining the network is a constant, essential effort that is never paused,” said Teperek.

“We are always looking out for those people who are particularly outspoken at our workshops, and clearly very engaged. It’s not surprising that these are the ones who make the best ambassadors and Champions. The ones who really believe gain the most traction.”

When workshops are held, she adds, she or a colleague approach these very-involved participants, one-on-one, with an invitation to learn more about the Champions program.

They make a concerted effort to ensure they are attracting data champions from all disciplines, and not just life sciences, for instance. Their goal is to have one champion per research area/discipline.

Submissions to the University’s data repositories are growing at a steady pace. And interest in the Data Champions Program too remains strong, said Teperek.

Absent though is a highly nuanced understanding of how and where the program led to improved Research Data Management practice as no formal benchmarking measures were established at the outset. This will be addressed though, adds Teperek, in the coming months.

Multiple factors make assessing data submissions particularly challenging, among them, the fact that there is no central record keeping of data submissions across the many discipline-specific repositories in use. Cultural change too, she adds, is inherently difficult to measure and quantify. This said, they are exploring various ways to assess the program, with the intent of better evaluating its impact.

At present, they rely in part on a series of surveys for feedback on the program; and they can observe increases in the use of the University’s repository.

Other changes they are making to improve the program involve establishing more formal oversight of the program in general. This has led to the formation of a dedicated steering group.

They are looking for ways to increase support of senior leaders, as some Champions have reported this as an area where progress still needs to be made.

Support at the University for the program is strong, said Teperek, and she expects it to continue to grow and evolve.